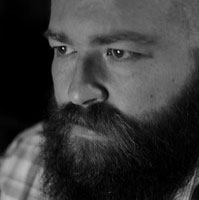 I’m a Unix guy with more than 20 years of experience in telecommunications, corporate IT, software development, and broadcasting. Over this time I’ve held senior technical and front line leadership roles in the public and private sectors.

Those who don’t understand UNIX are condemned to reinvent it, poorly.

My professional life revolves around operating systems, software, and core infrastructure services, but that’s not all I do. My main escape is amateur photography — a small sample of which can be found here.

Photography is pretty simple stuff. You just react to what you see, and take many, many pictures.

I’m currently employed by CBC/Radio-Canada and have held several technology and leadership roles within the organization since I first joined in 2006.

Today I manage the Infrastructure team within the Digital Infrastructure Support department at CBC/Radio-Canada. In close collaboration with my director and colleagues, I am responsible for providing strategic leadership to a large multidisciplinary team of systems administrators and technical analysts who manage our core infrastructure (virtualization, storage, operating systems, data protection) and network enabling services (incl. directory services, DNS, DHCP) in support of business and media clients nationwide.

I was the supervisor of the System Operations team based in Toronto, Canada. On an operational basis, our team is responsible for conventional systems administration and core IT services including DNS, DHCP, directory services, identity and access management, virtualization, database platforms, storage, and monitoring. In this role I was responsible for the daily administration and management of vendor contracts, human resources, and client relationships since spring of 2020.

For five years, I was employed as a systems designer and project lead in the engineering department. My primary area of repsonsibility was to plan, design, and manage projects selecting and implementing enterprise storage systems and other IT infrastructure for the broadcast environment. As a capital planning and procurement lead, I was intimately involved in the enterprise procurement and RFP process in the Canadian public sector.

During this time I also led and contributed to other initiaitves involving media archive digitization, studio and control room systems implementation, virtualization, and media asset management.

Member of the back-end development team for CBC.ca holding the position of senior systems architect.

I worked closely with clients, management, solutions architects, and back-end developers on a range of platform improvement and integration initiatives. As part of this team I was awarded a CBC/Radio-Canada President’s Award for Technological Innovation in recognition of our efforts to improve and automate sports data feeds for consumption by Internet applications and devices.

In the summer of 2006 I started a job as a Unix administrator, supporting and maintaining systems on behalf of the corporate infrastructure team for the Canadian Broadcasting Corporation in Toronto. My primary area of responsibility was supporting various Linux, HP-UX, and FreeBSD systems for the English Services websites.

This job was a incredible opportunity to tackle the challenges of serving a large scale, popular, international news and entertainment website during a period of rapid technological growth and change.

After Nortel Networks, I spent most of the next two years working as a freelance IT consultant, infecting my clients’ environments with FreeBSD and other open platforms. A notable role I held duirng my consulting period was as a project leader implementing software development tools and processes for the internal development team.

For the first years of my career I worked for the Nortel Networks R&D arm, Bell-Northern Research, based in Ottawa.

At Nortel I was first a junior member of the Norstar development support helpdesk and later worked as a Windows, Solaris, and Linux systems administrator. Eventually, this led me to specialize in software development tools and build automation when I took a role with the Enterprise Networks division.

Later during my time at Nortel, I was the open source software technical lead during the port of Business Communicatons Manager from Windows to Nortel Carrier Grade Linux (NCGL).

Much of what I know today can be traced to what I learned on the job at Nortel and the great people I worked with during my time there.

Some Things I Know

If you are intersted in discussing a project that you think I might be able to help you with, you can contact me here.

The Internet is a surprisingly small place, perhaps our paths will cross!